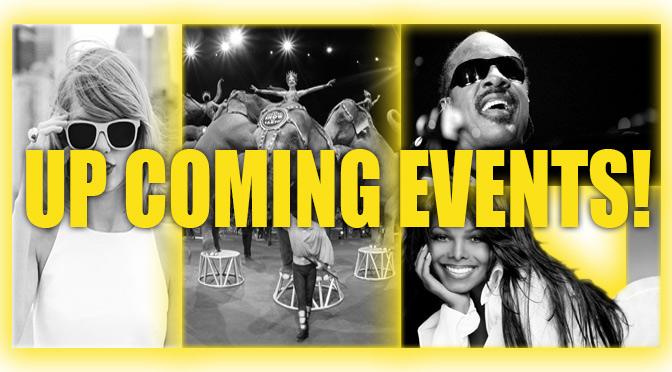 September is almost here and Kansas City’s beautiful Sprint Center Arena has incredible shows and concerts scheduled for the end of summer and into the fall.

Beginning September 10 and running through September 13, Ringling Brothers and Barnum and Bailey Circus are in town for 4 days, with multiple performances on Saturday and Sunday. Anyone who has attended the circus knows Ringling Brothers and Barnum and Bailey put on an incredible performance for its audience, and with seven shows to dazzle fans, there is plenty of opportunity for you and your family to attend.

Following the circus, fans have two nights to see one of the biggest performers in the world, Taylor Swift, and she brings her incredible concert to Kansas City.

You won’t find a more successful and popular musical artist than Taylor Swift, and with hit after hit song, she has emerged as the premier talent in music.

On September 21 and 22, Swift will perform in front of a sellout crowd at the Sprint Center. Tickets are available so head over to ticketsforless.com to purchase your seat for the biggest concert of the year.

Other notable events through the end of November include:

Tickets for all events can be purchased at Tickets For Less with no hidden service fees. If you’re looking for great value on all available seating options around the arena, Tickets For Less is your source. Don’t miss out on some of the years’ best performances!